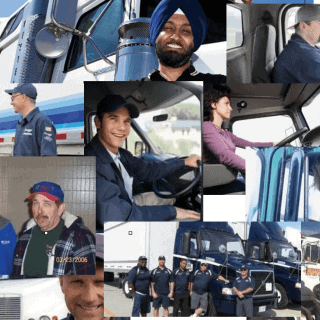 Of all the articles that I have written over the years, my most recent article in Over the Road Magazine by far got the most attention. I have driver texting me, calling and emailing me. The response was just fantastic. Well, what was the topic that sparked the flood of reaction? Truck Driver Retention and Driver Turnover!

If I could summarize the feeling that I got when interacting with the drivers, it would be frustration on their part. Most had worked in the industry for years. And yet with all that experience, they still felt disrespected by their companies. The truck Drivers Reaction was overwhelming. They want to speak out and be heard.

Renaldo was motivated to call me.

He had a grievance regarding not getting paid for work performed. One of the examples cited were not getting paid hub miles. The company he believed was paying him shortest from the computer program. Of course, he could not always go the quickest. From my point of view, shortest is not always the safest route either. Sometimes the longer route is taking the multilane highway around the city and avoiding the heavy congestion within the interior of the Metropolitan. Renaldo was also vocal about waiting time, and border crossing time when he gets held up through no fault of his own. His belief is that drivers are paying for the screws of others. The others could be the shipper or even his company. Renaldo said that he would love to get paid for the work that he does.

Then Louis texted me.

We had a great conversation going back and forth on the texting platform. His Truck Drivers Reaction is that he wants to receive a “Thank You” every once in a while. He says that recognition would go a long way to cut down Truck Driver Retention. In his words, Louis says “a little Thank You goes a long way. That is very much appreciated with the long hours and time away from family. Acknowledgment and recognition with maybe a little in return would be nice. Like maybe a coffee or Tim’s gift card, or any other gift card, i.e., Cdn Tire, Rona, Bestbuy, etc., a new pair of gloves, a flashlight, a birthday card or just a simple Hello. This all show at lease we’re human and have feelings. Even if we’re just a (perceived as a dumb) truck driver.”

Mark lamented that the driver’s wages had not kept pace with inflation.

He has been a driver for many years and has seen his purchasing power shrink. He has me in agreement. I know what my wages were thirty-five years ago when I was an active driver. Using an inflation calculator, he is right. Wages have in no way kept pace with inflation. No wonder drivers think that they have to cheat to make money. Mark highlighted that fact that other professions that are home every day with weekends off have kept up with inflation. His job that puts him on the road for days at a time, sacrificing family his time, does not allow him to buy the sam bag of groceries as just a few years ago.

Do you see a theme in the driver responses, in the Truck Drivers Reaction to Truck Driver Retention? I know that some of you are blaming the drivers. The drivers, you think; don’t understand your the pressures that you are under and your job. You are likely correct. Nor do they care! It is your job to dispatch. To move the freight and keep the customer happy. But part of the job is to keep the drivers happy.

tells me that his company has a point system in place for rating drivers. He feels dehumanized because if it. He sees the problems with Truck Driver Retention. Jim claims the system is in place because management can’t manage people.

To quote Ronaldo, “If you want to find out about turnover problems. “Talk to drivers. Don’t talk to office people that never have been in a truck. We are on the road we can tell you what bothers us. Not the paper pushers in a comfortable office.”
This brief summary is of the many interactions that I had this month with drivers and readers of Over the Road. I want to thank each of you that took the time to reach out. To say that I appreciate your time and effort is an understatement. It is not always easy when you are on the road to reach and express your thoughts. I appreciate you!

Questions? What Questions Should Truck Driver Applicants Be Asking The Recruiter?

Supply Chain & Driver Retention, What do they have to do with each other?

Safety, Compliance, and Insurance in the Trucking Industry

The Idling Epidemic, It’s Not What You Think. With Ron Zima

For Your Trucks Breakdown Unexpectedly? Do You Have Trouble Keeping Track Of Maintenance?

Drugs and Alcohol, Clearinghouse, and Testing

How To Setup A “Mentorship In Trucking” Program?

3 Steps to Controlling Your Safety Scores Your Safety Scores have gone through the roof! The provincial profile is above the acceptable threshold; you have at least one Alert on the CSA/SMS website. Like WTF! What happened and what are you to do about it? As a Safety Consultant, I'm asked this all the time! Step 1: Get it all on the spreadsheet. Alright. ...